Like wow, has it been almost two years since our first post on the incredibly cool Columbia Minerva fashions!  Well yes it has, and for those of you not familiar with this DIY sewing rag, check out the first post on the subject...

So let's see what else the fine fashionistas at Columbia Minerva were up to back in the 70s... 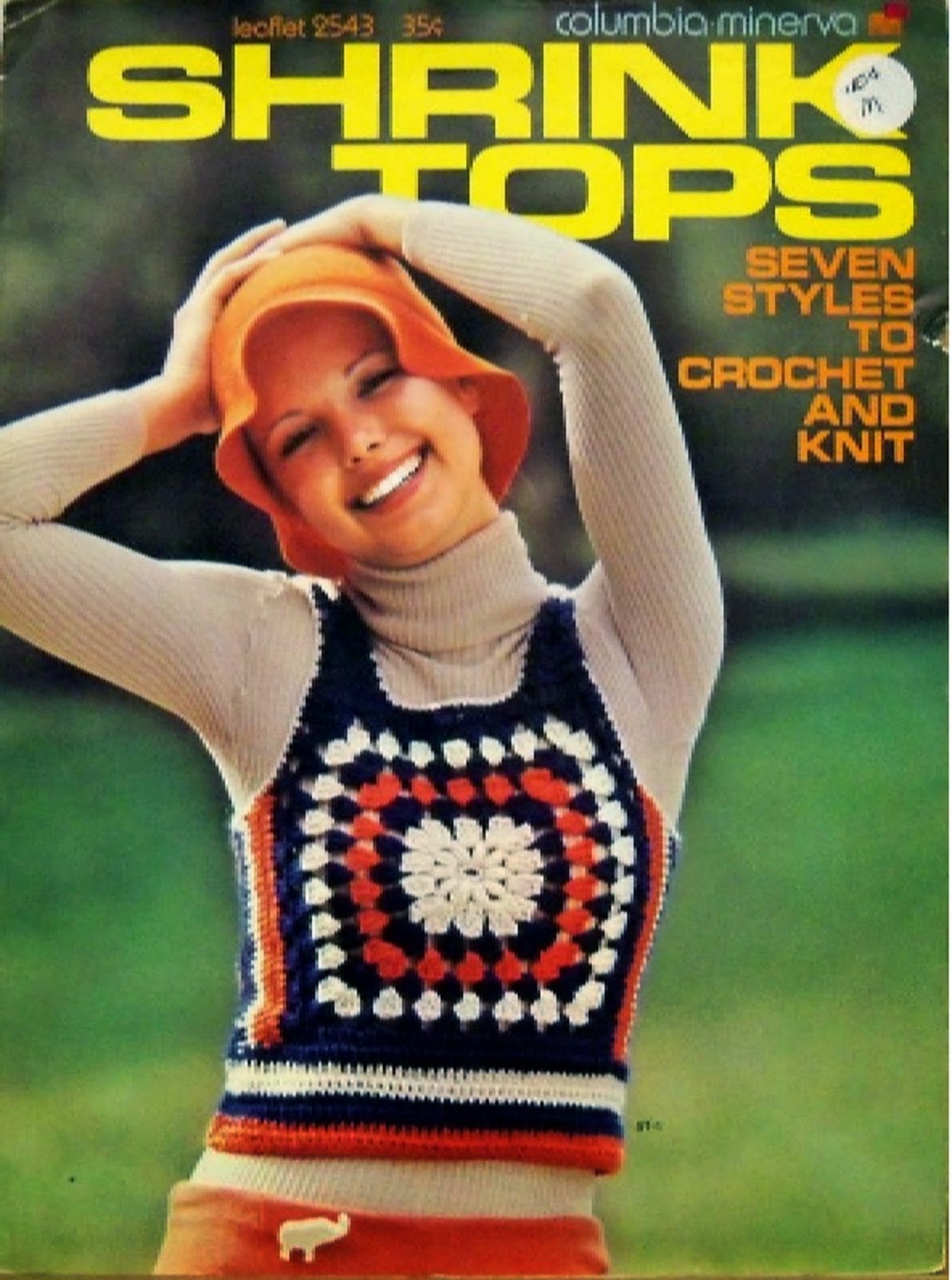 Shrink tops?  Hmmmm  I may be mistaken, but I don't think most gals want that! Oh wait they must be referring to the sweater vests.  Ohhhhh. (1) 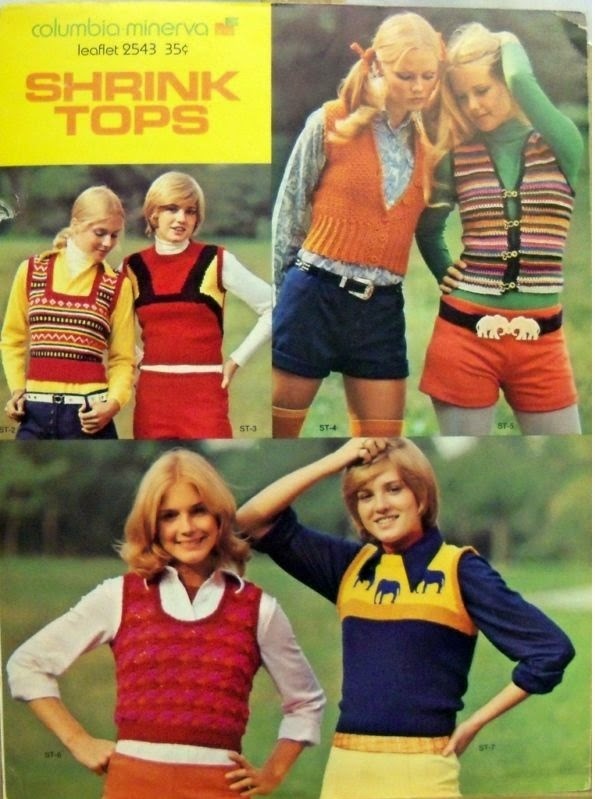 They must have been on an elephant theme.  Check out Kathy's belt (two elephants fighting?) and the blue sweater on the bottom.  And yes in the pic above, I do believe there is an elephant too.  What gives?? (2)

Oh now we go from "shrink tops" to "flip tops."  Groovy colors and awesome hats!!  However, I just don't remember any of these at the discos of the 70s.  It must have been the moms who got into this stuff.  They were like "Oh my little Sally will look so adorable in that purple sweater with green and red stripe sleeves!"  But Sally is like "Uhh, gee, mom you shouldn't have, no, really, you shouldn't have."

The next two pics are completely random.  I'm not sure where they came from , but this seemed as good a place as any for them.... 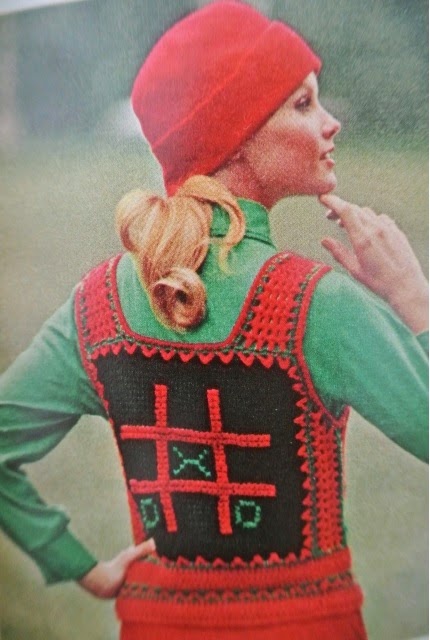 Karen obviously liked to play games.  (I think we all know how this one will end up, in a draw)  Still at least it's being playful. 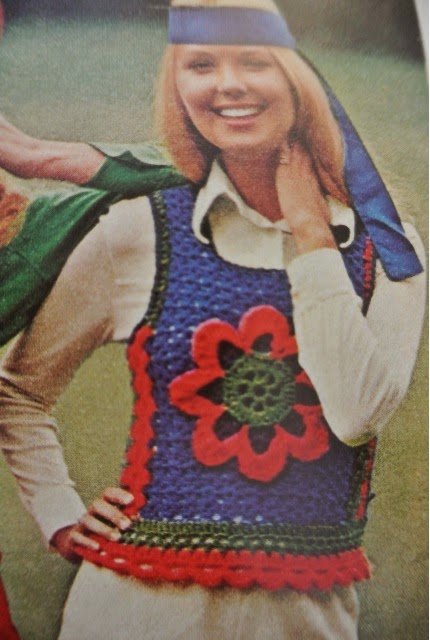 And a really random pic of Kathy, not sure if this from Columbia Minerva or not.  However, that flower thing on the front looks like it weighs about 5 lbs.  The headband is groovy too!!

(1) Okay, these kinds of vests are not really popular where I live.  Mainly because we rarely have cold enough weather for them.  So I can be forgiven for not understanding all the various nuances of the genre.

(2) Actually, many years ago, I dated a gal who had a thing for elephants.  She had elephants everywhere in her apartment - elephant sculptures, elephant pictures, elephants on her plates, you name it.  It made it really easy to get her a gift.  But I'm glad it didn't work out.  Otherwise I might have a real life pet elephant today!

We're going to start a new category where we take a look at the Big Book catalogs from each year of the 70s.  It is part of my continuing mission as a Historical Blogger to properly document this fascinating and pivotal era of modern history.

And first up is the 1970 (1).  This was a very interesting year for a number of reasons: the hippie era of the 60s had pretty well run it's course but the disco era was still several years away.  So, you see in the fashions of the early 70s a transitory mixture that is searching for the next big thing.  Also, 1970 was when Kathy first made her appearance in the Big Book catalogs, but it was still hit or miss as we shall see...

First up is a snapshot of some of the covers of the Big Book catalogs of 1970....

Yeah, it's far from complete.  The reason is that I got burned on several of them (no Kathy pics), oh well, there are still some groovy fashions to behold within....... 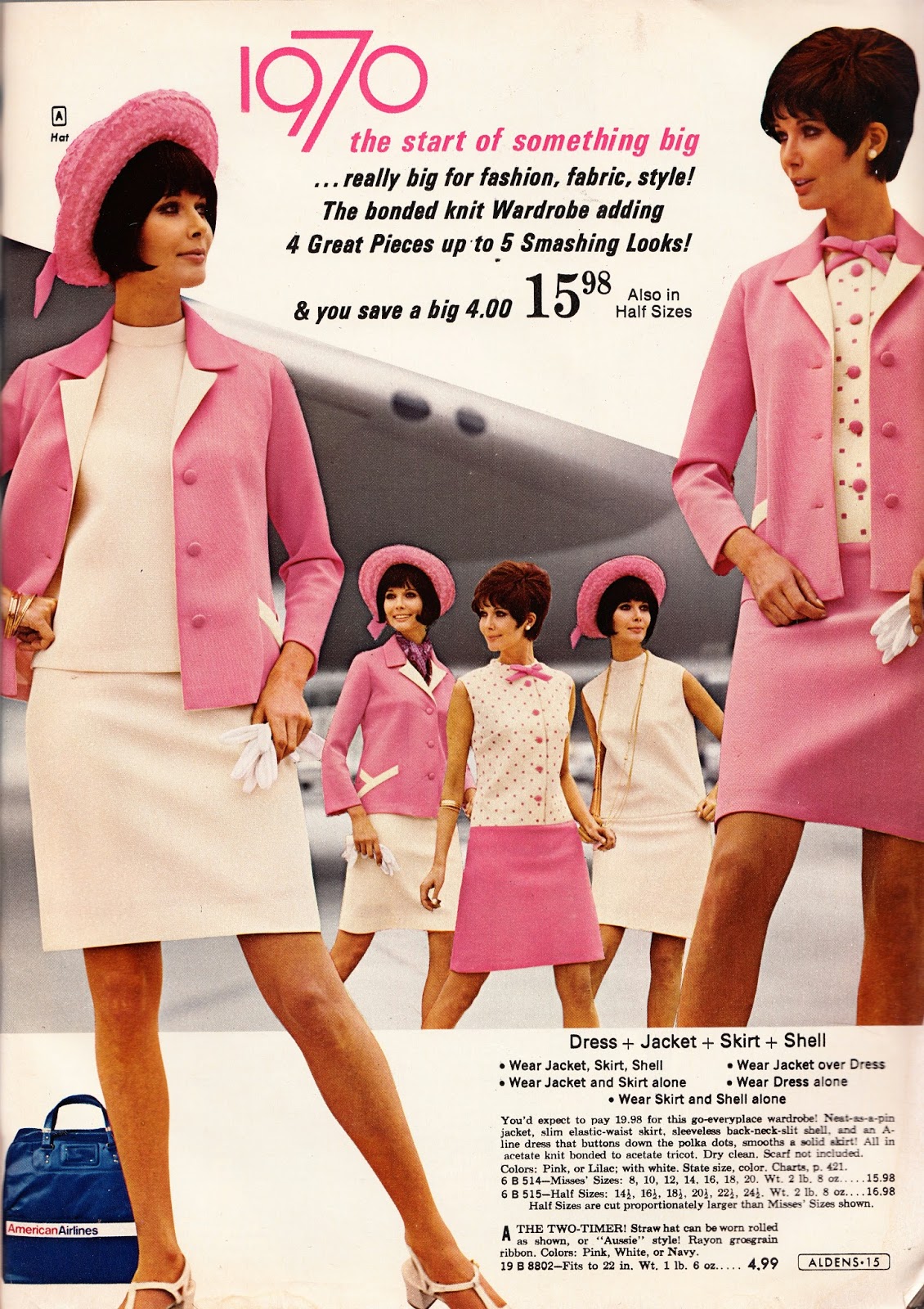 Yep 1970 was the start of something big alright.  However, these outfits still have that 60s era groove to them, far out man! (and remember when flying was classy and fun, not anymore!) 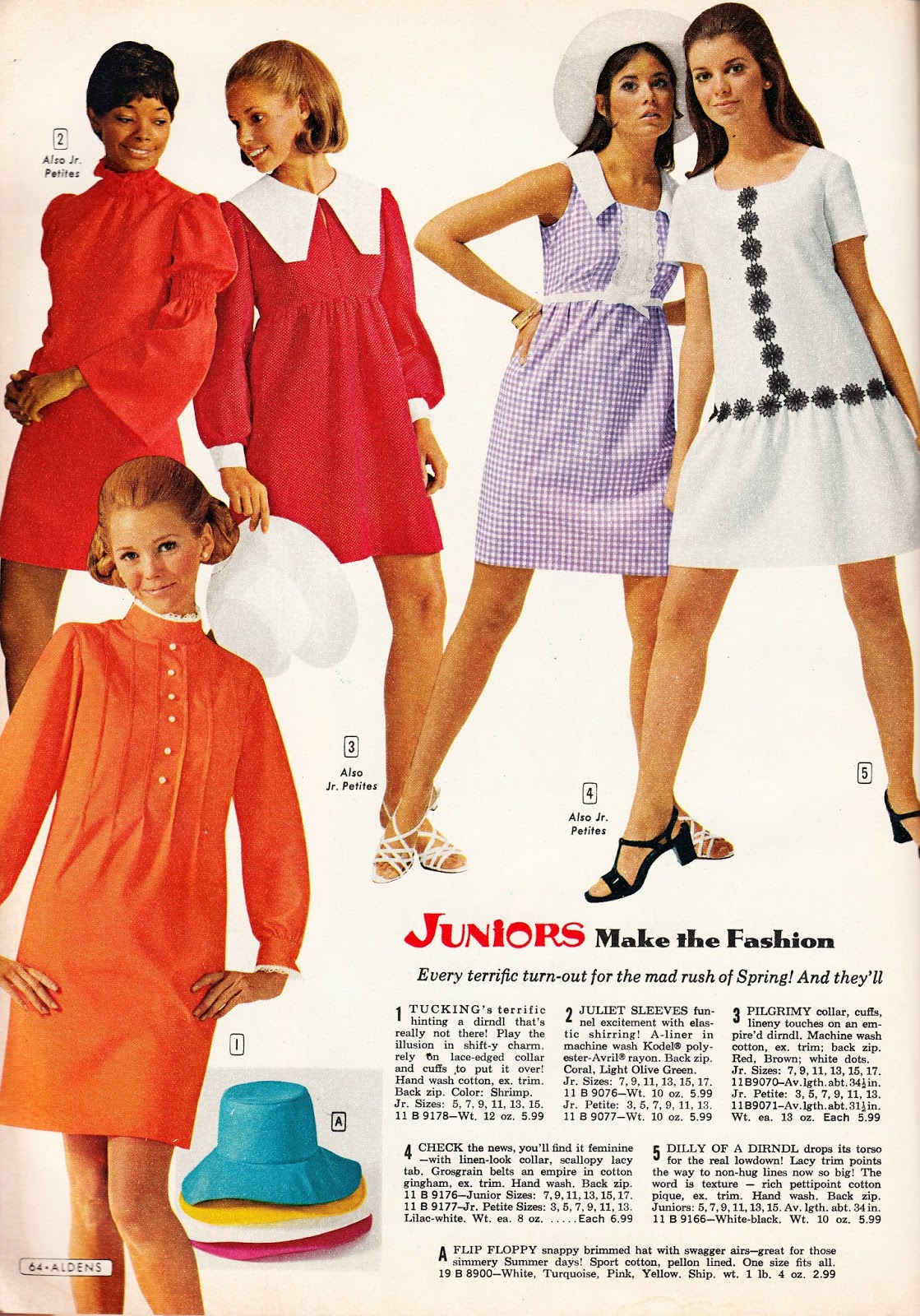 Like I said, I got burned on several of these catalogs.  Here in the Aldens 1970 Spring/Summer is the ONLY pic of any of the four K Clubbers.  Colleen was a catalog fixture in the 60s and continued to appear frequently in the Big Books all through the 70s. 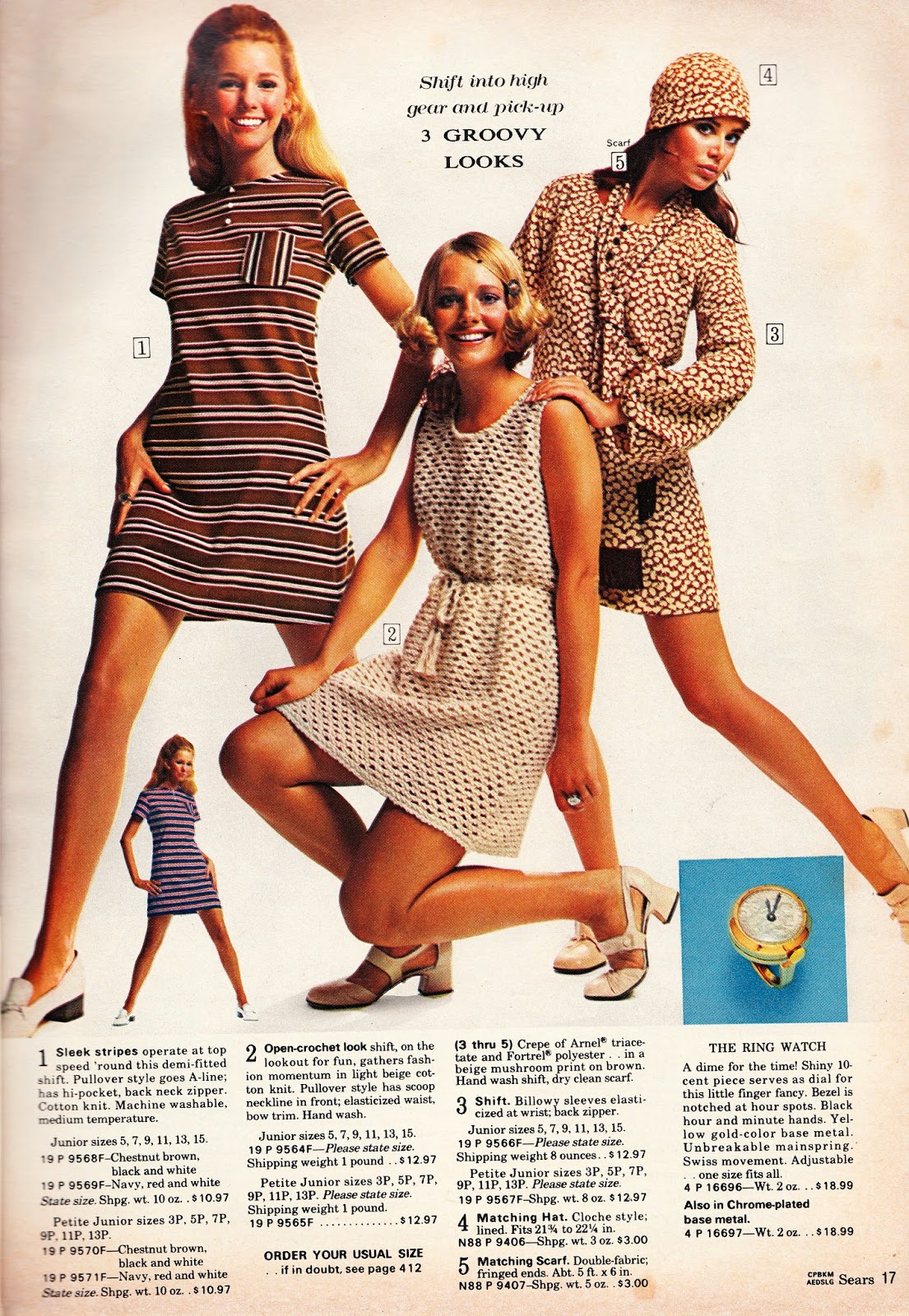 Even the Sears SS 1970 catalog was bereft of Kathy pics.   Still we have Kathy Jackson (2), Cay Sanderson and Colleen to cheer us up with "3 Groovy Looks"..  This is a classic example of the fashion transition of the early 70s: The hem lengths still say 60s, but the brown earth tones say that the 60s are over!  (And Cay must have had some very strong quads to hold that pose!)

So when does our Kathy make her entrance into the Big Books? Perhaps in one of the summer catalogs? (3) 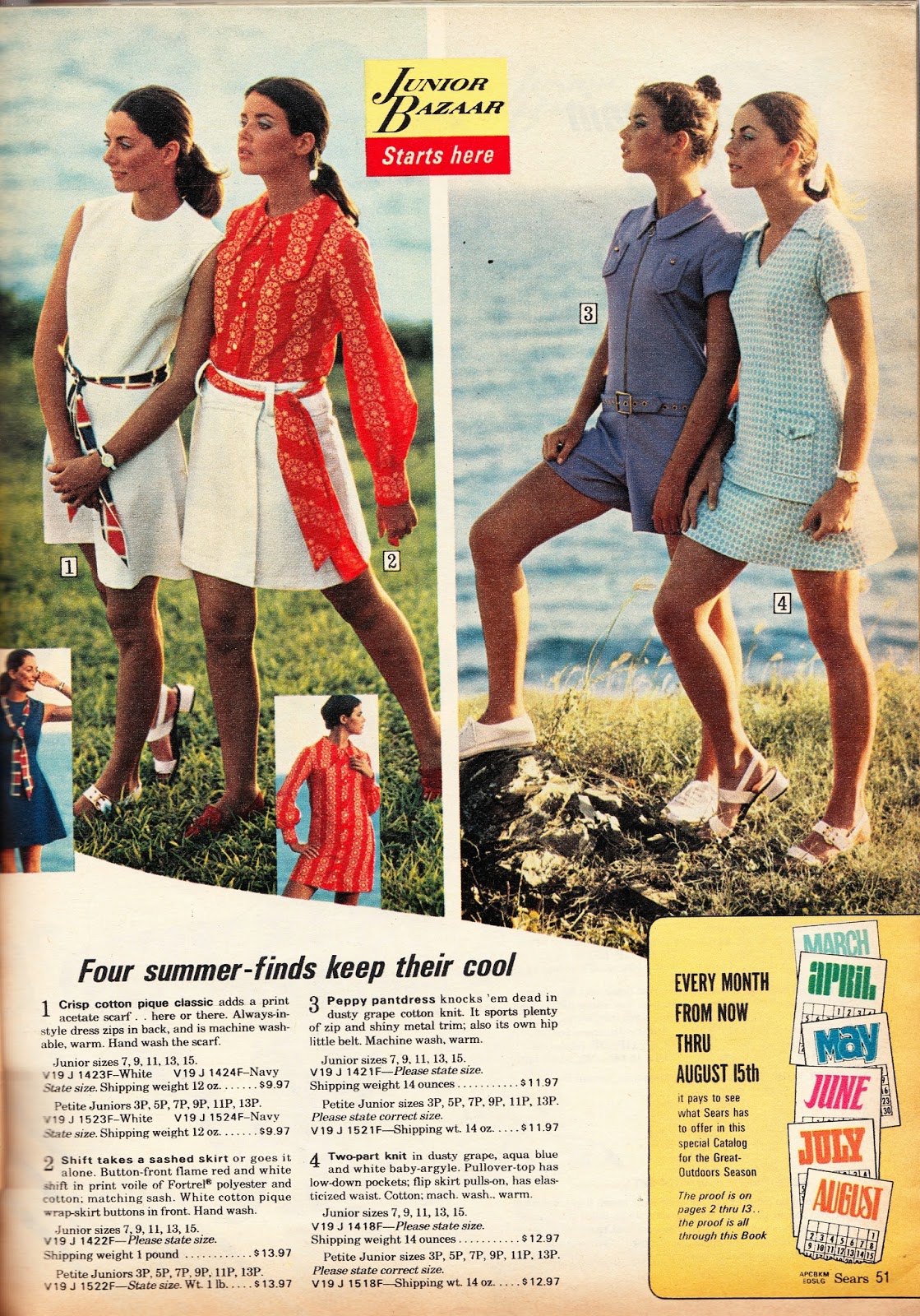 Well yes she does, but it's only one small pic that I'm saving for another topic.

The 1970 Sears and Aldens catalogs were pretty much busts on Kathy Loghry pics.  What about Penneys? 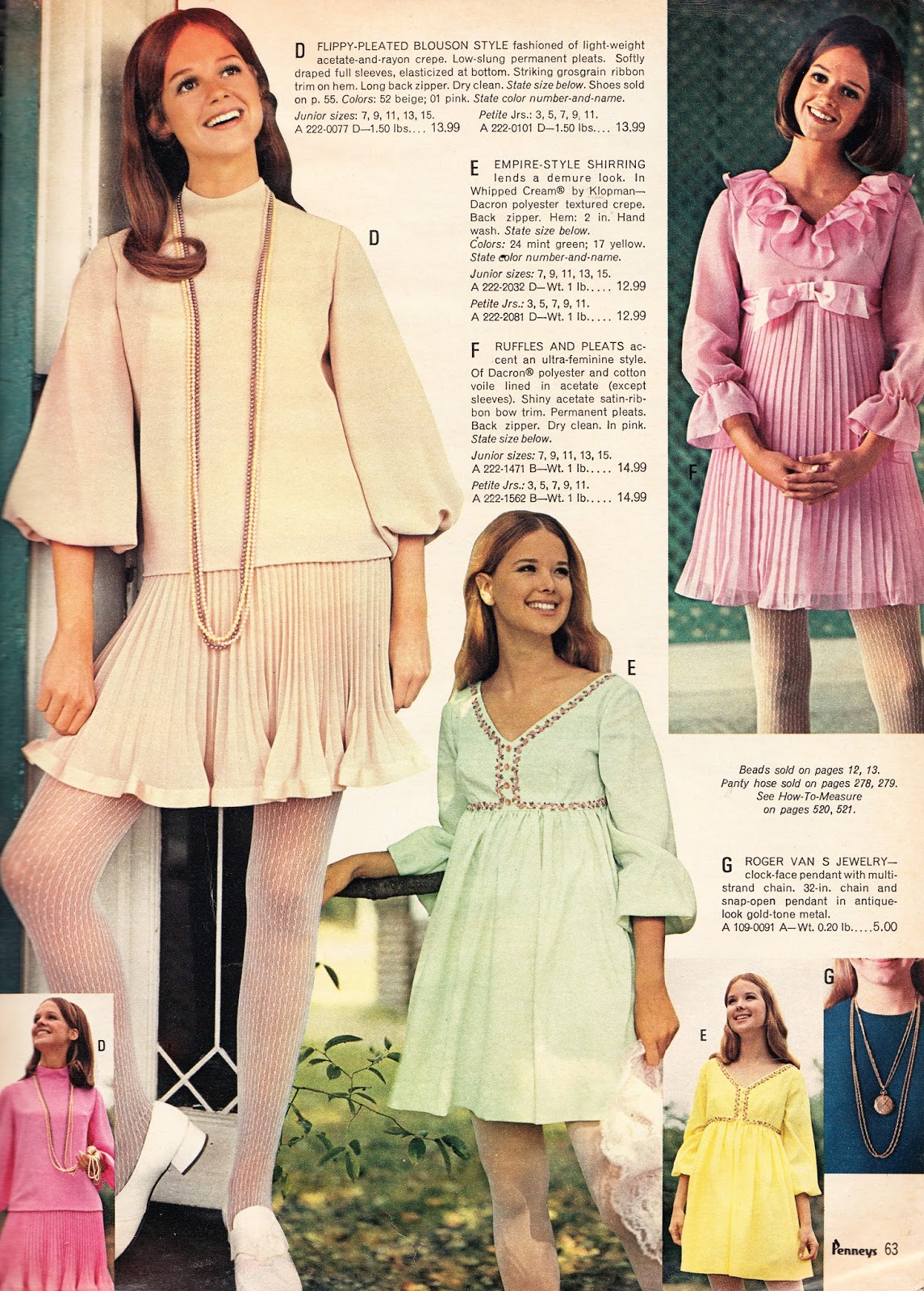 Yay!  Finally we have Kathy Loghry appear in one of the Big Books (Penneys SS 1970)!!  Certainly this was a great moment in catalog history!!  And with her trademark smile, she really lit those catalogs up!! 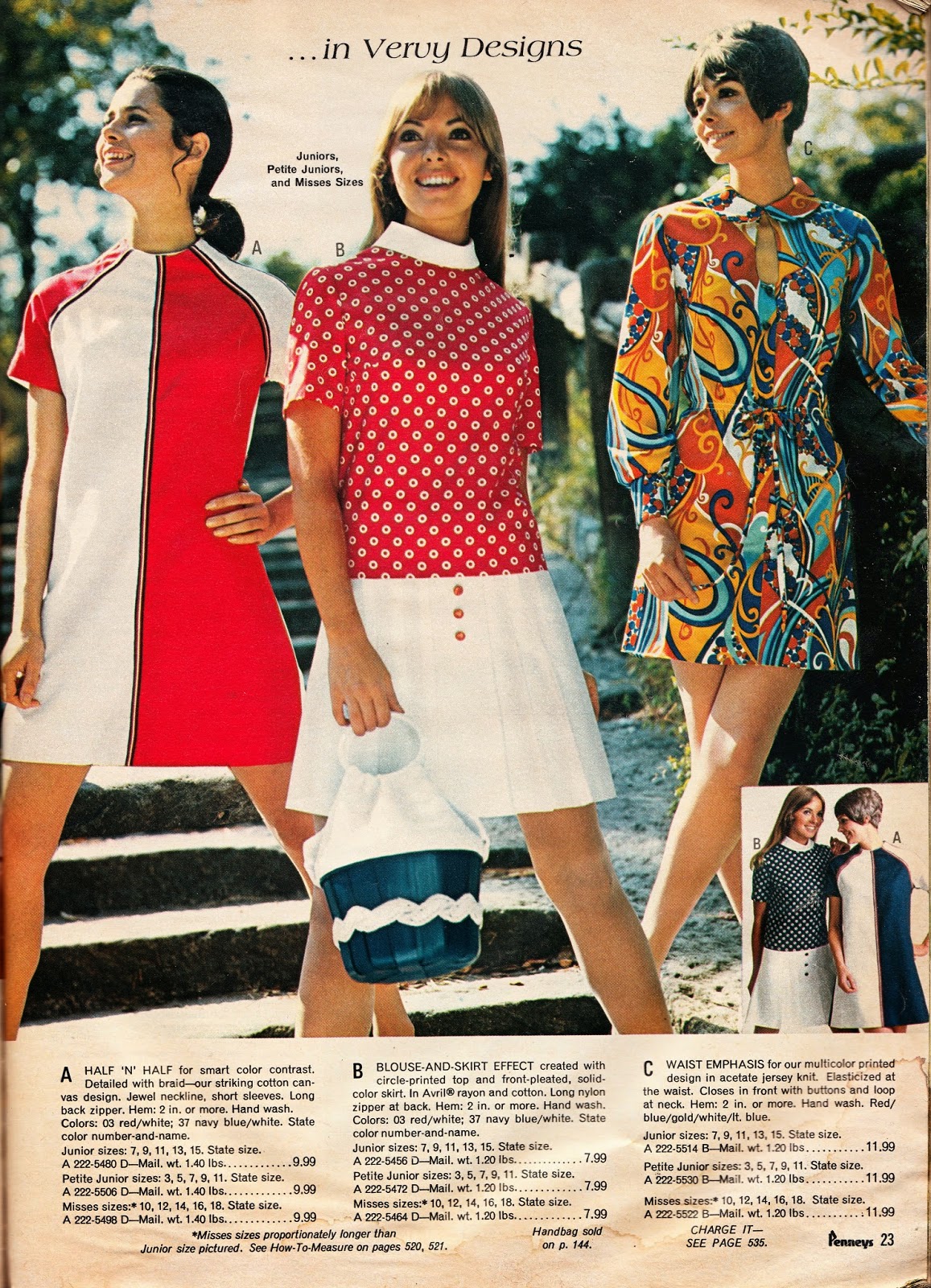 Not sure what "vervy designs" means.  It must be a 60s flashback sort of thing.  Like I said, the groovy-baby fashions of the 60s weren't quite dead yet!!  Like Colleen,  Kay Campbell also appeared in the Big Books of the 60s and was a regular well into the late 70s. (Nice purse that Kay is holding by the way, or is that a beer koozie?) 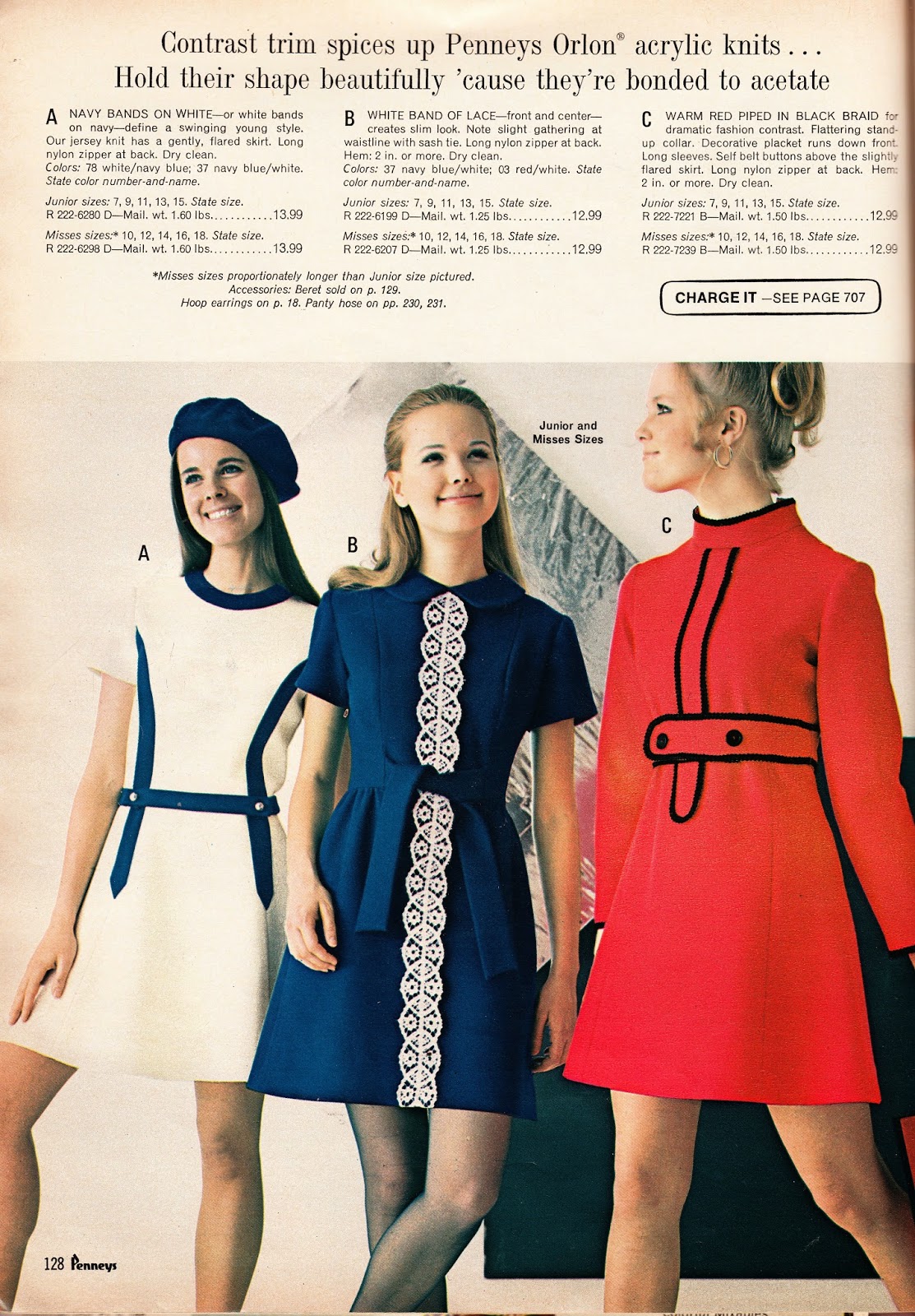 Penneys must have been where Kathy and Karen had their big break through in the Big Books.  The Fall / Winter 1970 edition was chock full of great pics of both.  You've gotta love those little smirks they've got on their faces here.  It's like "Yep, we're here and you're going to be seeing a lot of us in the next few years!" 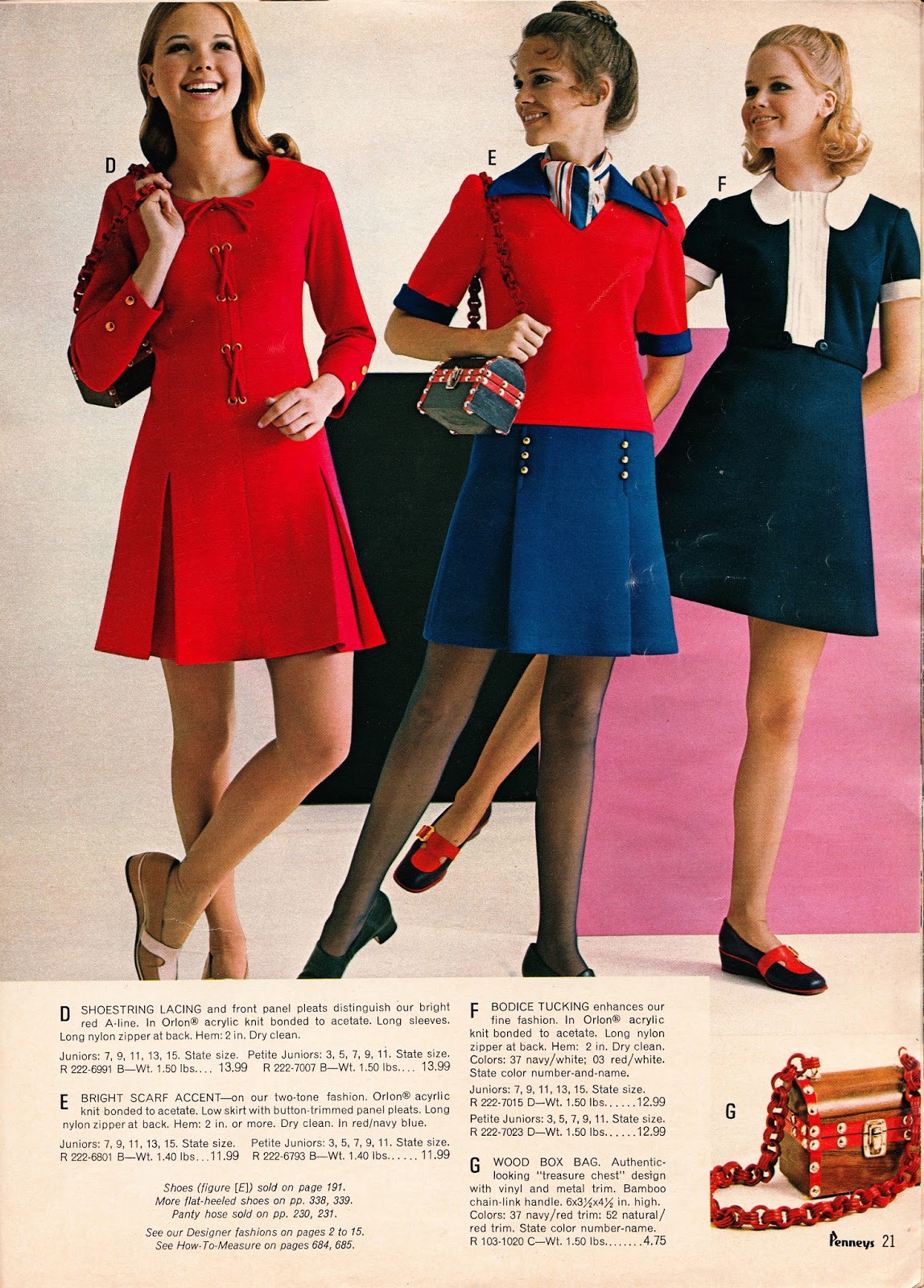 1970 was indeed the "Start of Something Big".  Here Kathy has got her eyes set straight ahead on the future as her modeling career certainly was bright for many years to come!! (3)


footnotes: (Yeah, it's been a while since we had any, but any article of such detailed historical research is going to have some!)

(2) Kathy Jackson was a VERY popular model in this time frame.  However, I admit her career peaked when I was still somewhat young.  I do plan on a special post featuring her (and some of the other models).

One might argue that ALL the funkadelic fashions of the 70s were randomly good, and I would be hard pressed to disagree.  However, let's focus on the random goodness of shirts, skirts, and assorted miscellany of catalog fashions form the 70s.

Of course, I'm going to start with the skirts, and, oh, I don't know, what about some classic minis to get us started!!

And what would a post on 70s skirts be without some minis!  Yeah, the mini-skirt was more of a 60s thing, but they continued on into the 70s - thank goodness!  Here Kathy dazzles in three mini combos from 1972!

Yes, the era of the mini was a great time to be a young man.  We thought the good times would last forever... 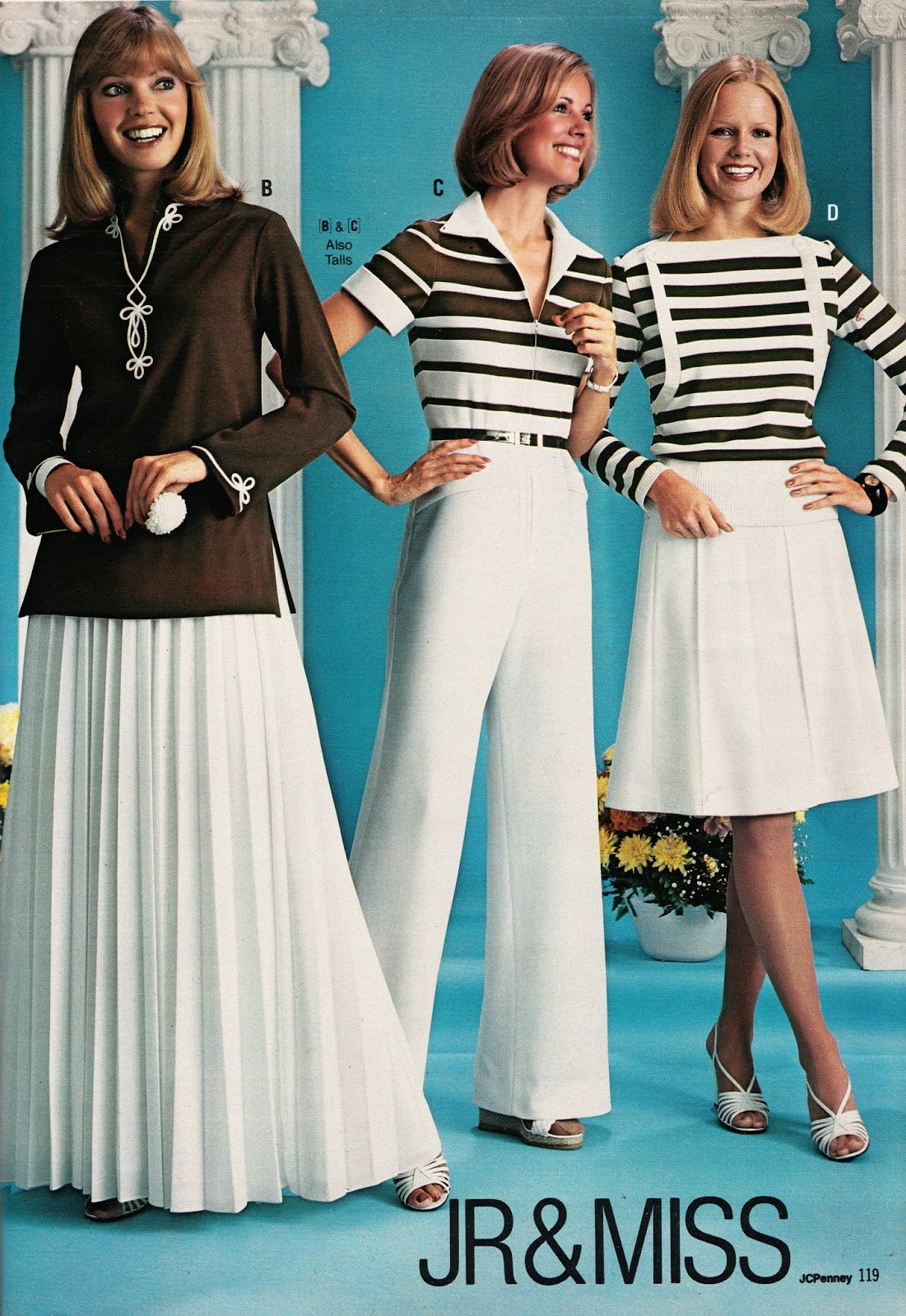 What the ???? Yes, dear friends, it pains me to report that the mini gave way to the midi and, gasp, the maxi skirts in the mid-70s.   Kay and Karen still look great here, but, sigh, the mini was fading into the misty memories of glorious 60s fashions.

Surely this was just a short blip on the fashion radar, a wrong turn down a dead end fashion cul-de-sac that would quickly be rectified.  Surely the minis would be back soon!! 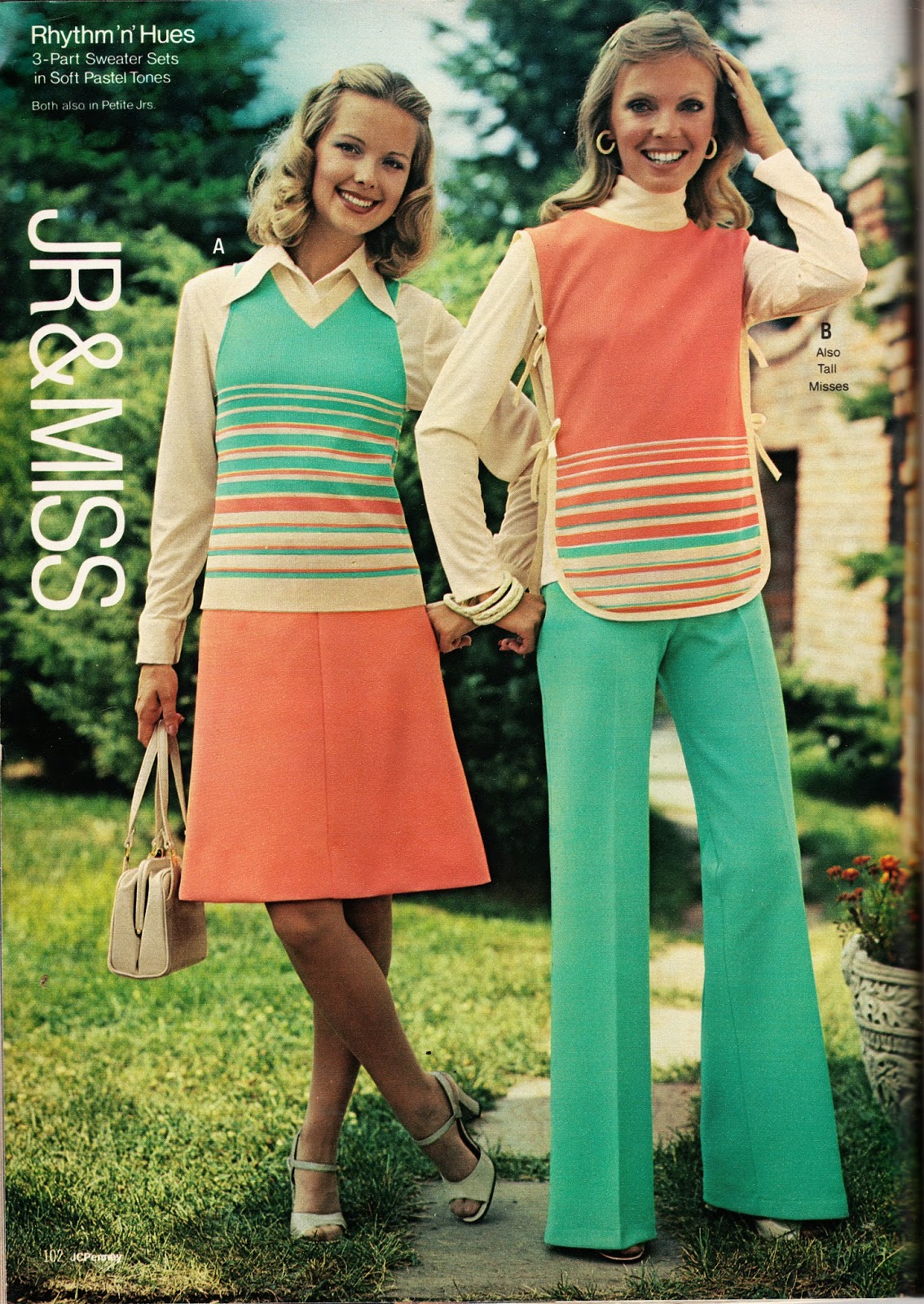 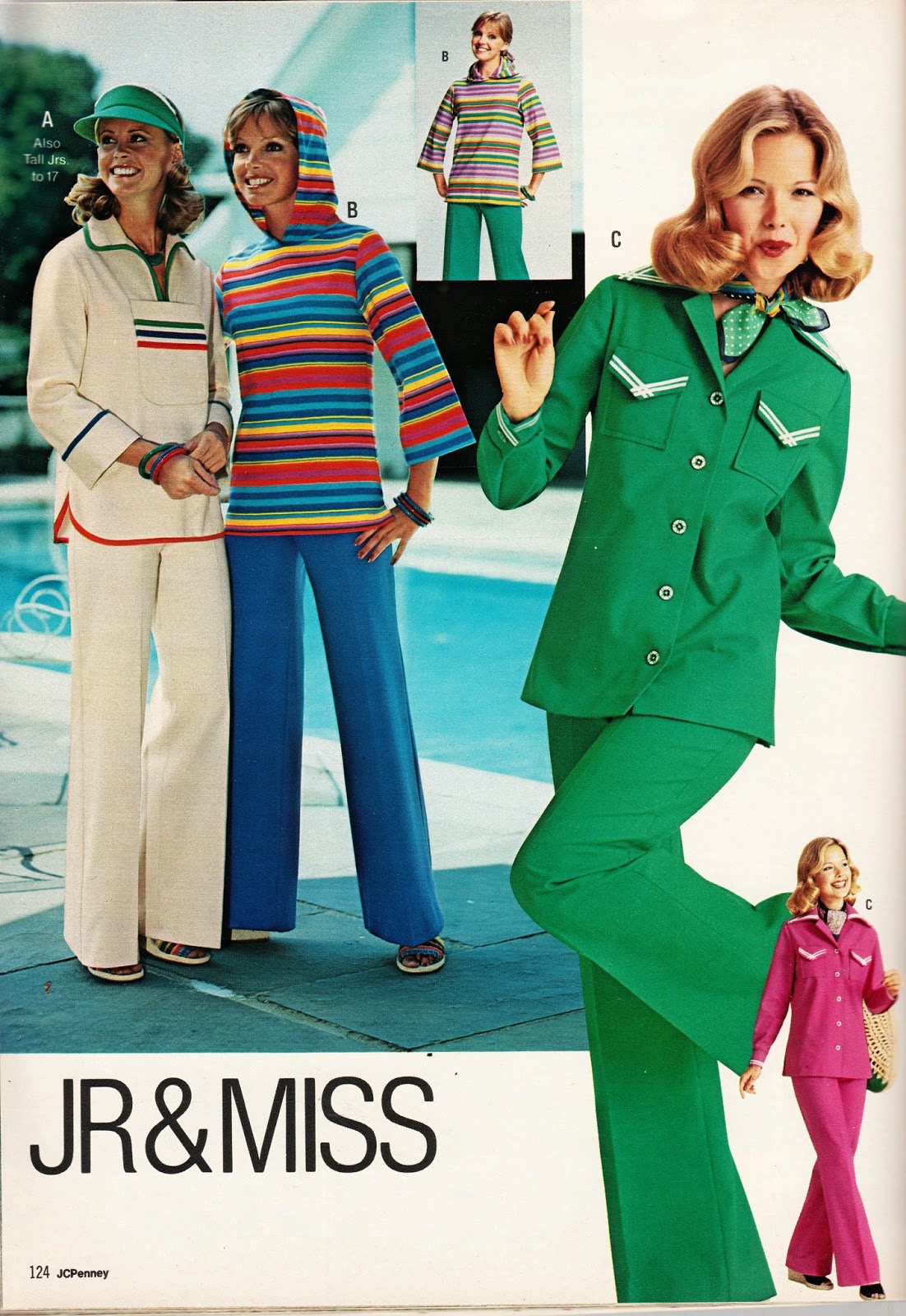 Why this pic?  I don't know.  I guess it falls under the "Assorted Miscellany" category.

Nothing particularly unique about tee shirts.  They're timeless, but the scarf?  I don't know.  That's sooo 70s. 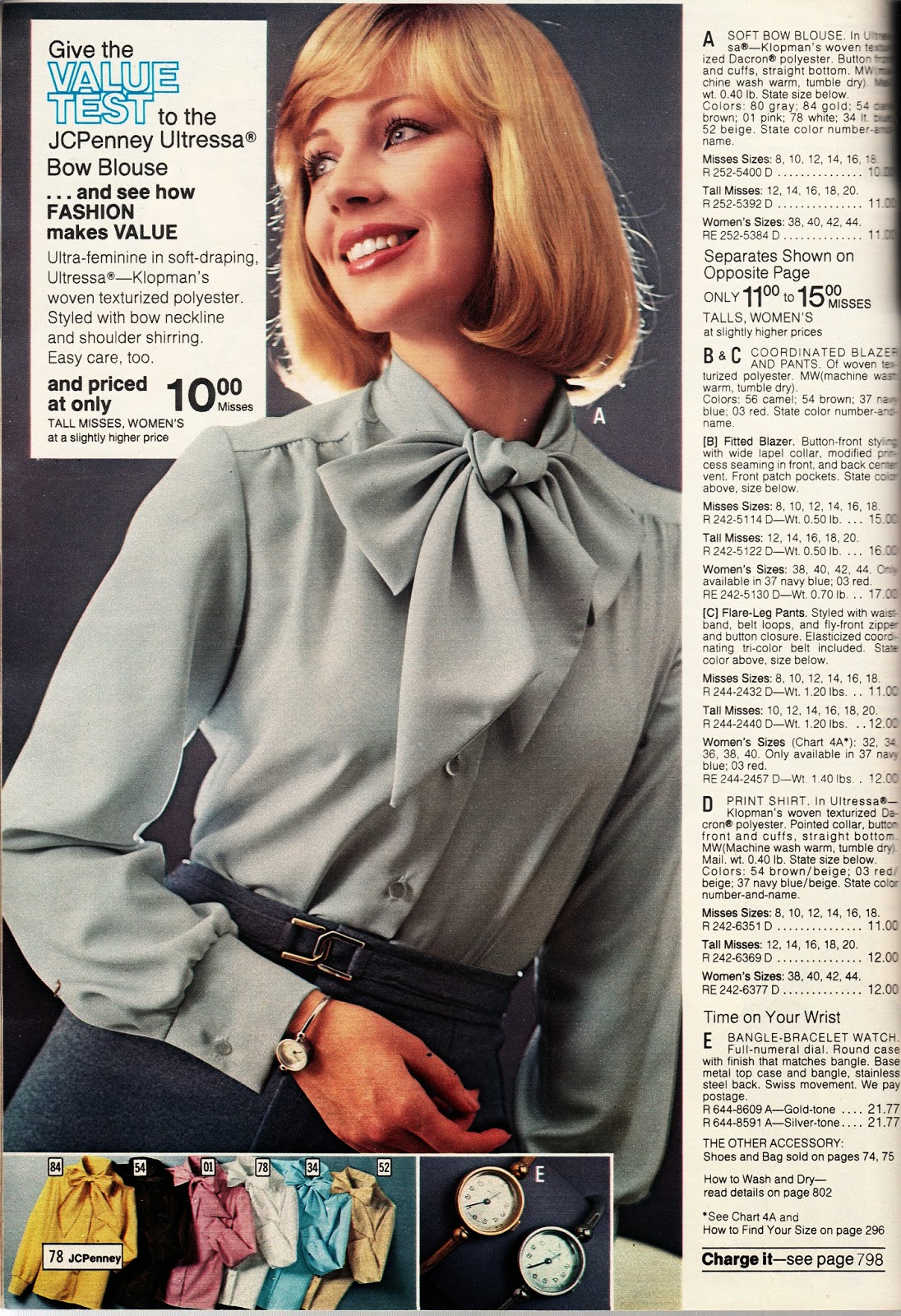 Yes, yes, I know, they're blouses, not shirts, let's not get picky.  Here they come with matching watches, but of course, young people today don't wear watches (and they couldn't tell time on a dial watch or clock anyway, but I'm starting to sound like an old crank). 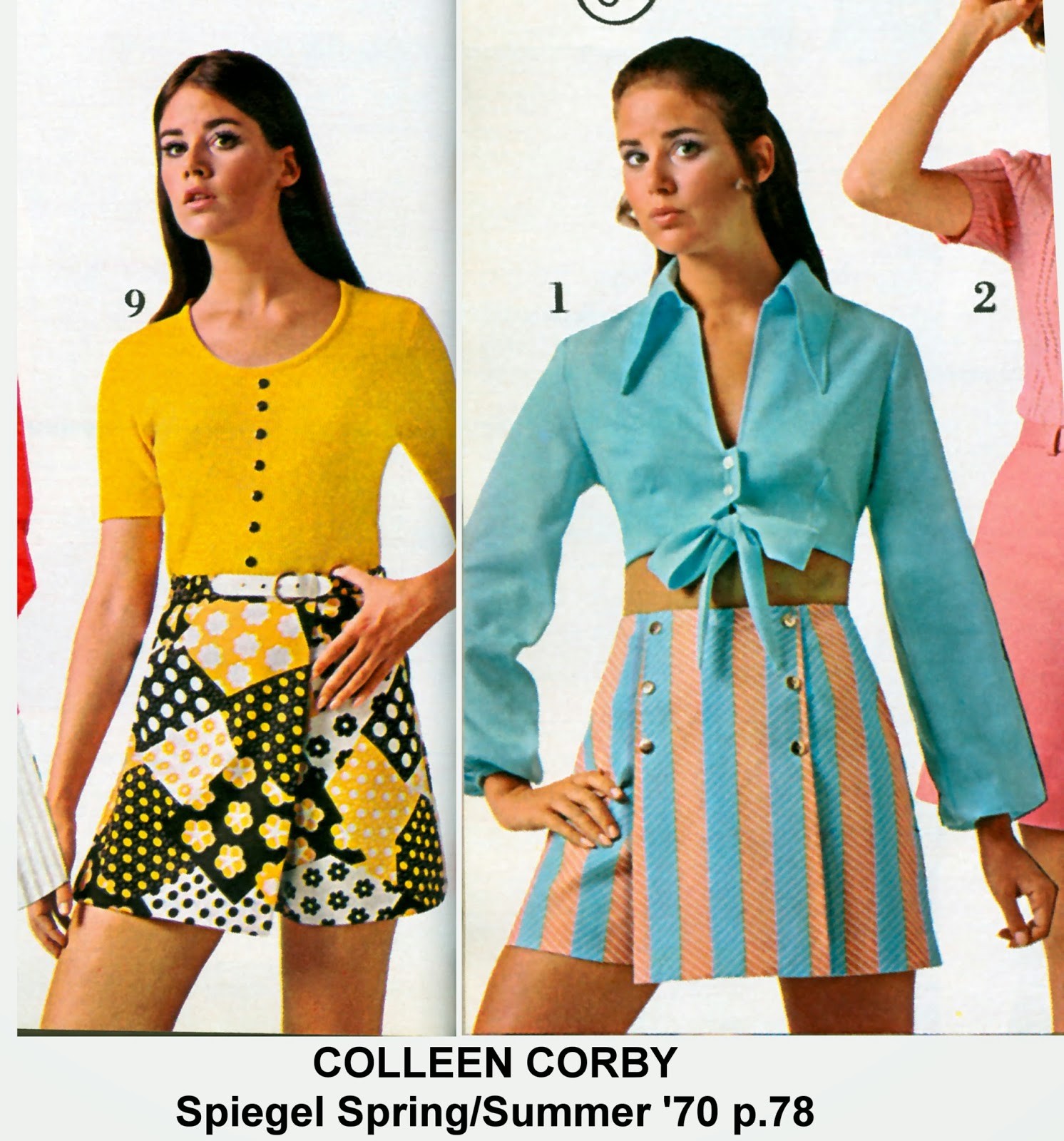 (Thanks to JJ's Playhouse for the last pic of Colleen).
Posted by mapster68 at 4:27 AM 2 comments: Links to this post

Well, it's time for another K Club Special post on Colleen Corby.  She is probably the best known of the catalog models of 70s because of her extensive modeling appearances in magazines like Seventeen during the 60s.  She was a heroine to millions of girls during that time.

In some ways, since there are so many pics and websites of her out there, it is easy to find material.  So you would think it would be easy to do a post featuring her.  However, in some ways it is more difficult, because it's tough to come up with original material.  So in this post, I'll try to have pics that are not already out here on the web.  No guarantees there, but I'll give it a shot.... 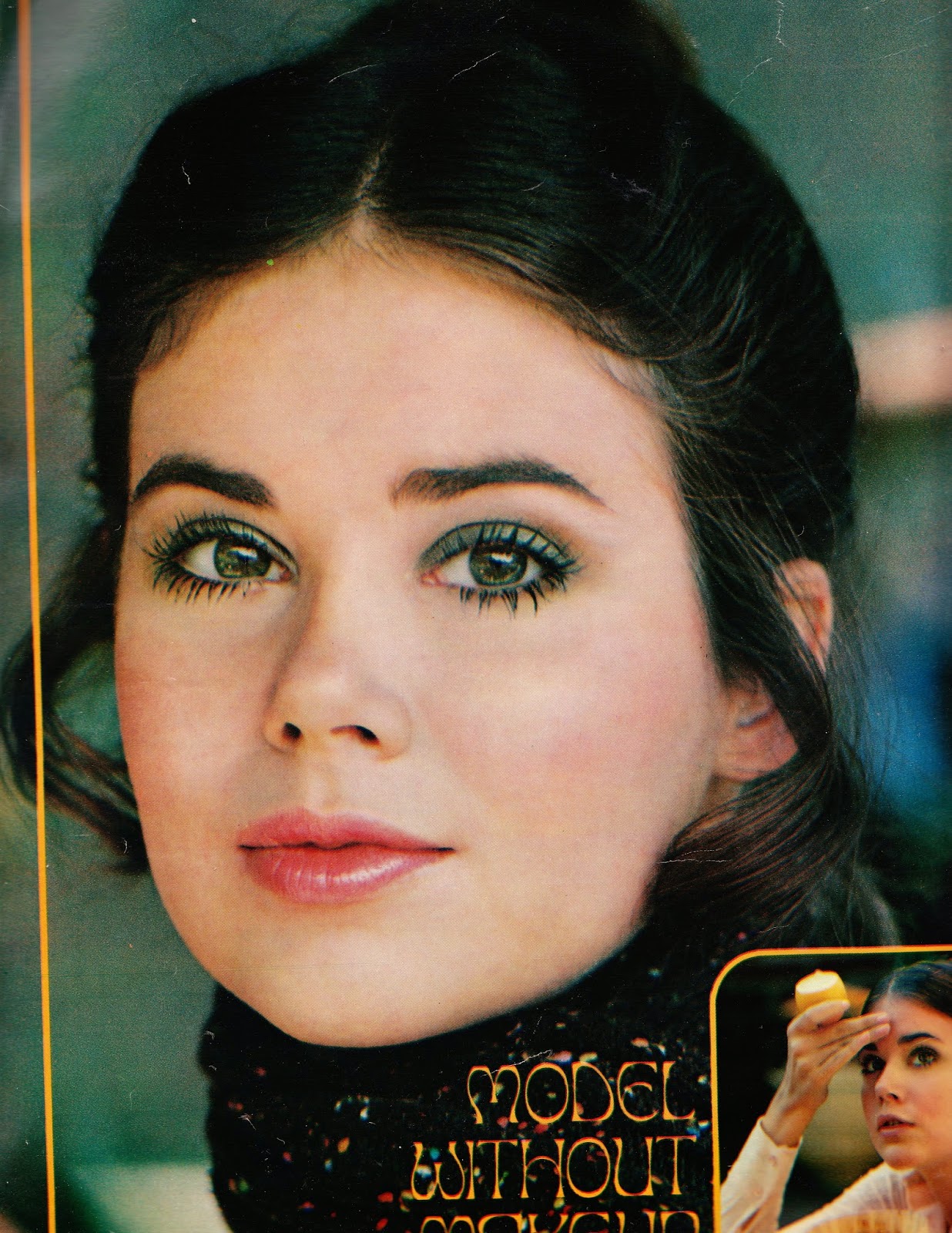 Here is a really nice pic of her from a Seventeen mag in 1969.  It was part of an article on "models without makeup."  Just like today, there seemed to be a fascination with that subject. 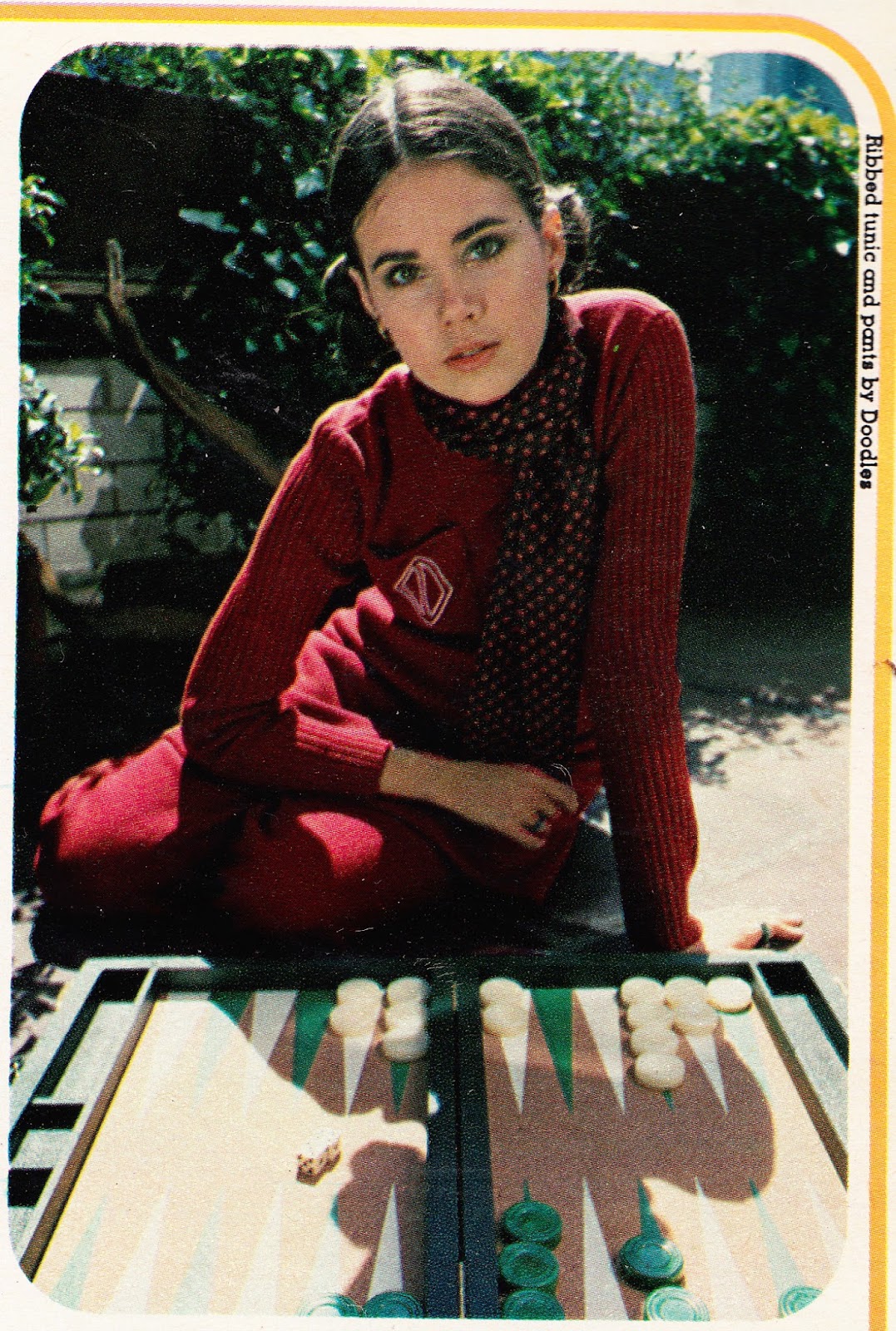 Another pic from the same article.  Here Colleen is playing backgammon.  Remember that game?  It was super popular back when I was in college.  I haven't seen it played by young people in a long time.  I guess they are too busy with "World of Warcraft." 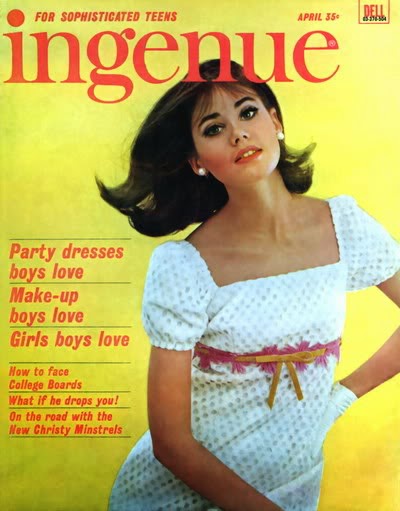 Another teen mag with Colleen on the cover.  She was on literally every other cover of those mags during the 60s.  Note the title "For Sophisticated Teens".  Somehow I doubt that would be a selling point with teens these days.   (R-eblogged from ColleenCorby.net. Okay, so much for original material, I tried)

Yes, she was everywhere.  Here is a Noxzema commercial commercial featuring her.
Thanks Blue Senshi for the video!  You have to love those old commercials.  They had a certain vibe to them that is lacking today. 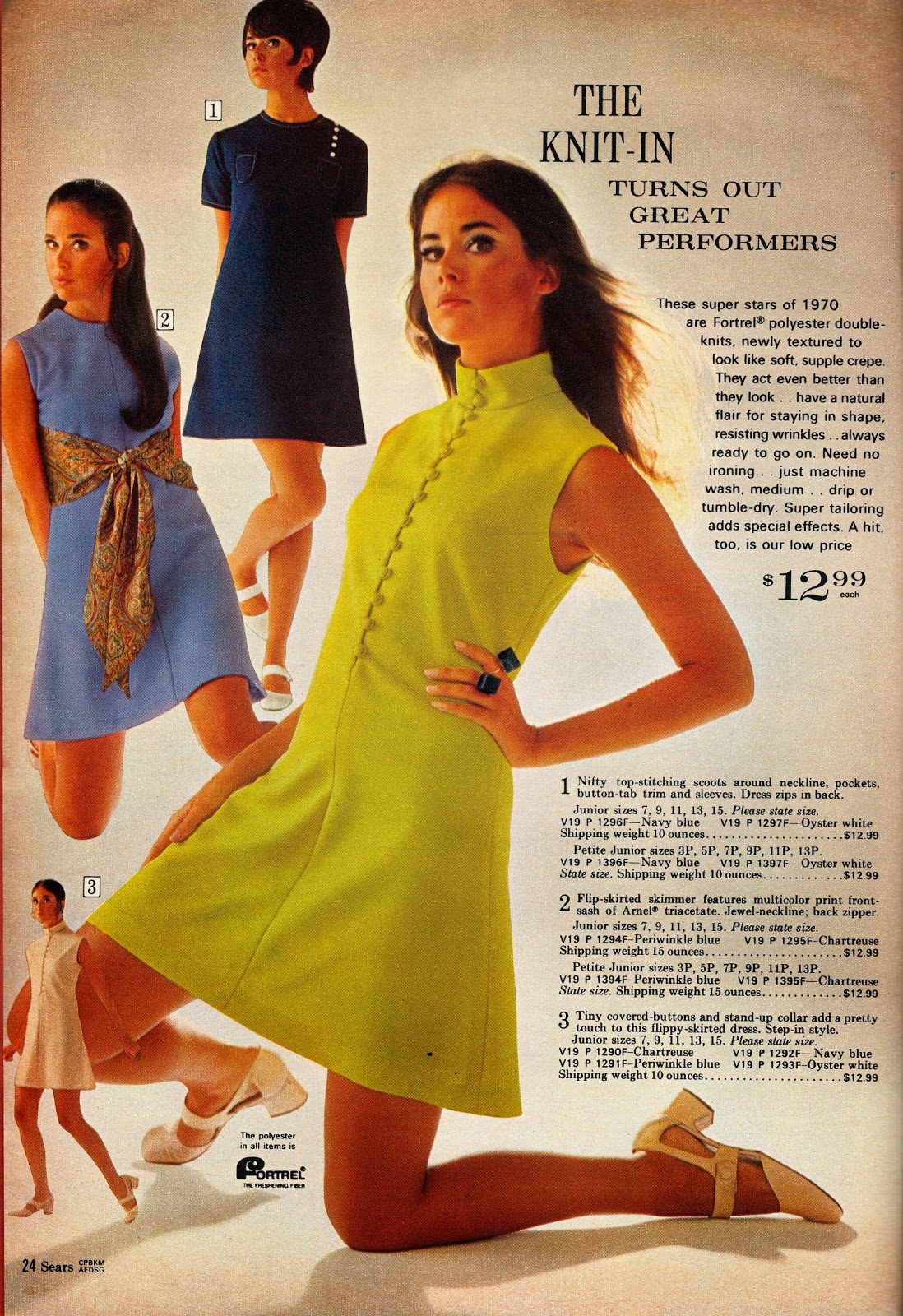 Classic Colleen poses.  You also have to love the title "..turns out great performers." 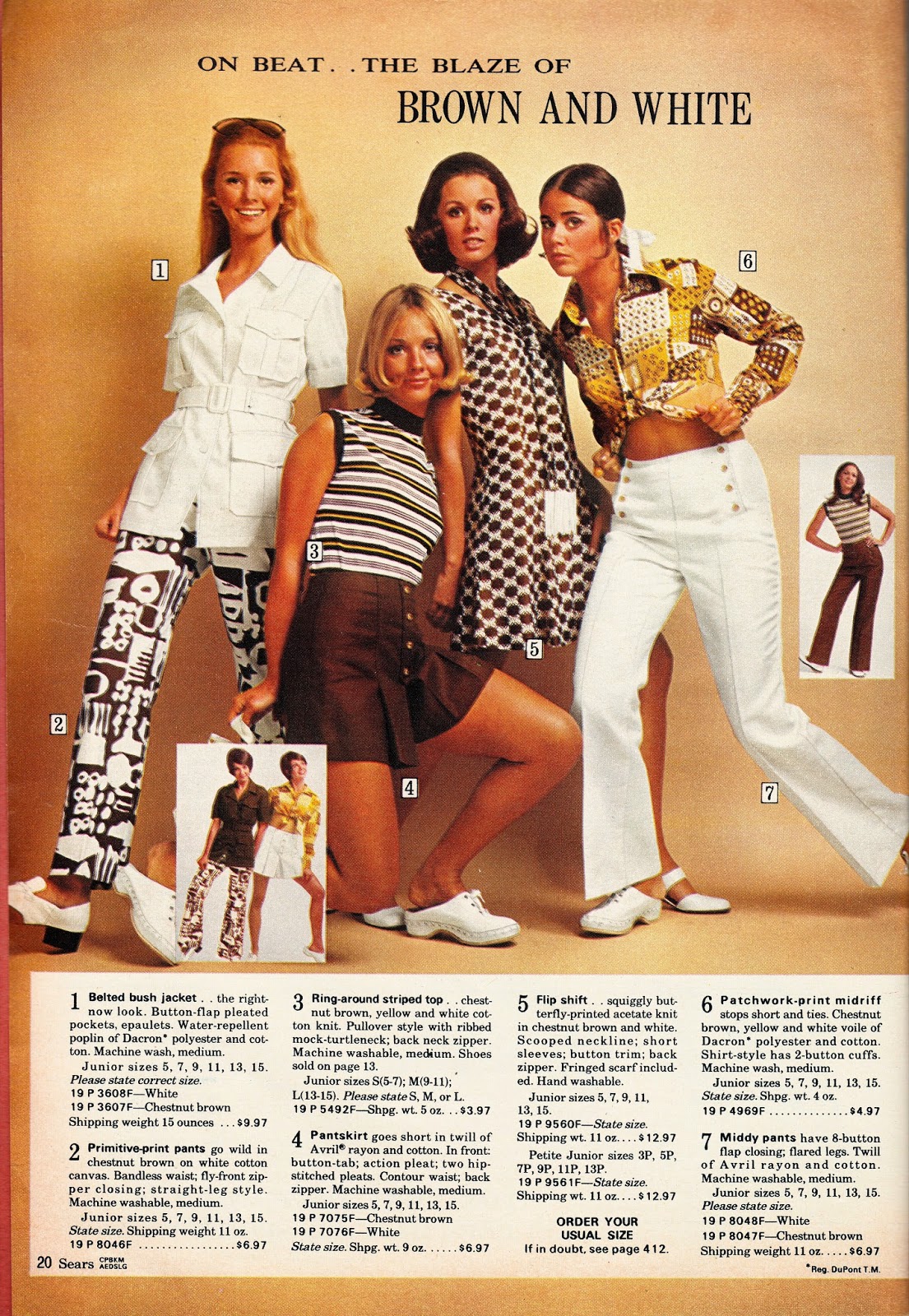 Ahh, the early 70s.  A time where the psychedelic colors of the 60s gave way to more earthen tones.  Here they are trying to hype them up, nice try.  Also we have Kathy Jackson and Cay Sanderson in this pic.  Yes, their names begin with a hard K sound also, so I suppose they belong in the "K Club" also.  I'll be sure to do some specials on them in the future. 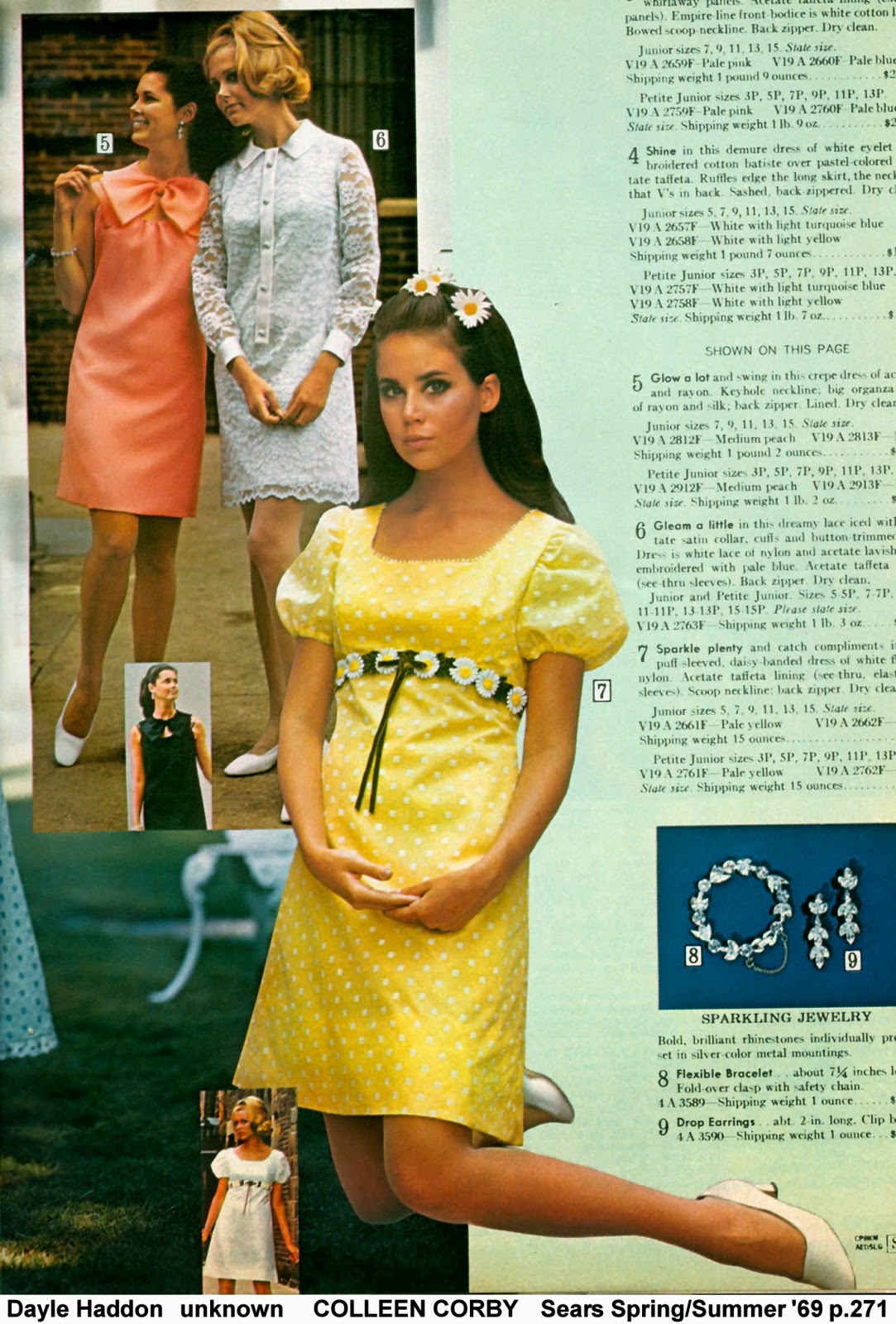 A very nice pic of Colleen. (courtesy of JJ's Playhouse).  She had that ability to pierce one's soul with those eyes!

Colleen is one of our four original "K Club" members along with Kathy, Kay, and Karen.    They often appeared together in the Big Book catalogs of the 70s. 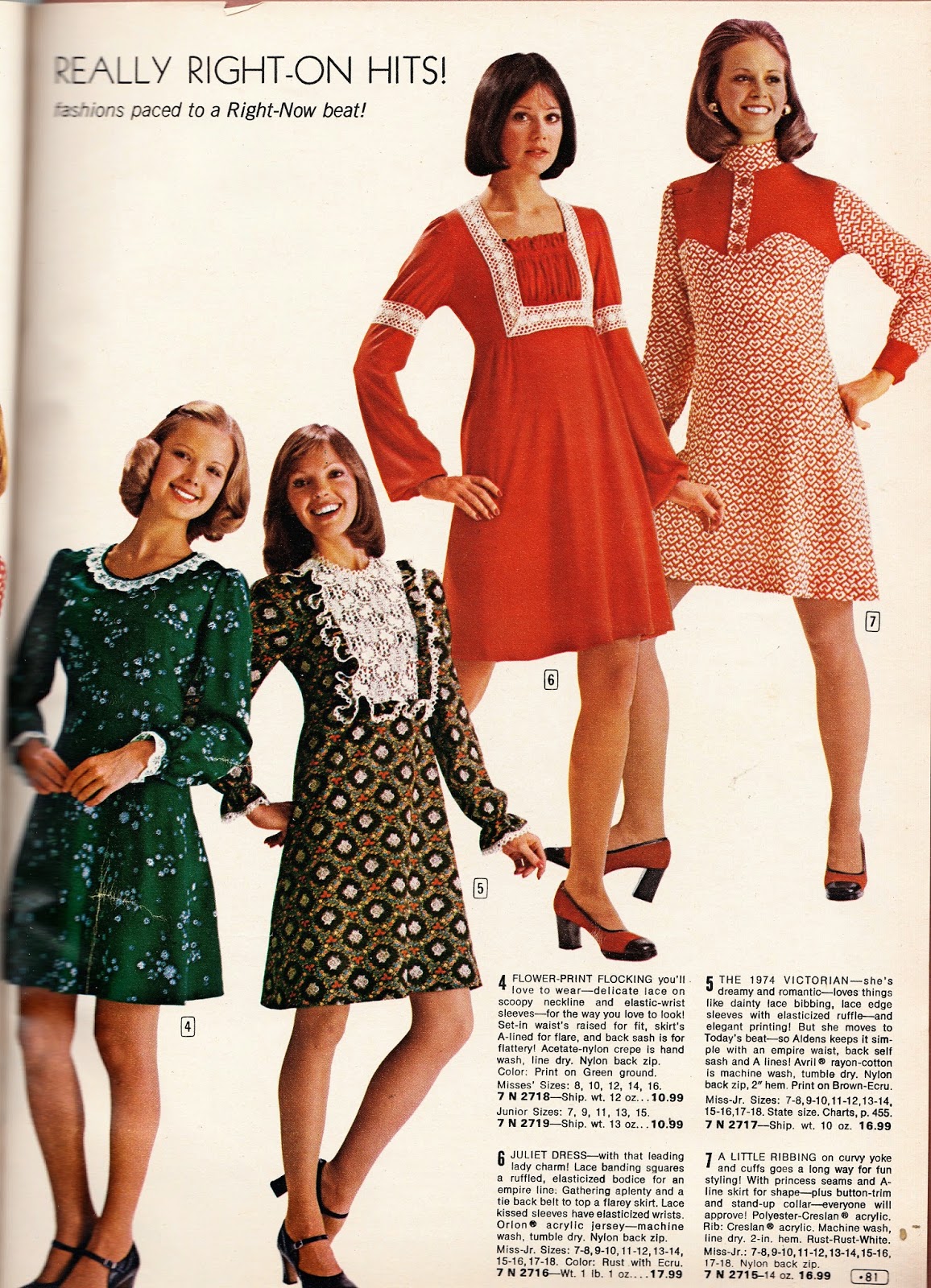 However, it is pretty rare to find a pic of all four of them together (and I've never found a pic of just those four together).  Here is an pic from an Aldens catalog with Kathy and Kay.  But what about Karen?

Ahh, yes!  Here is Karen along with Colleen. 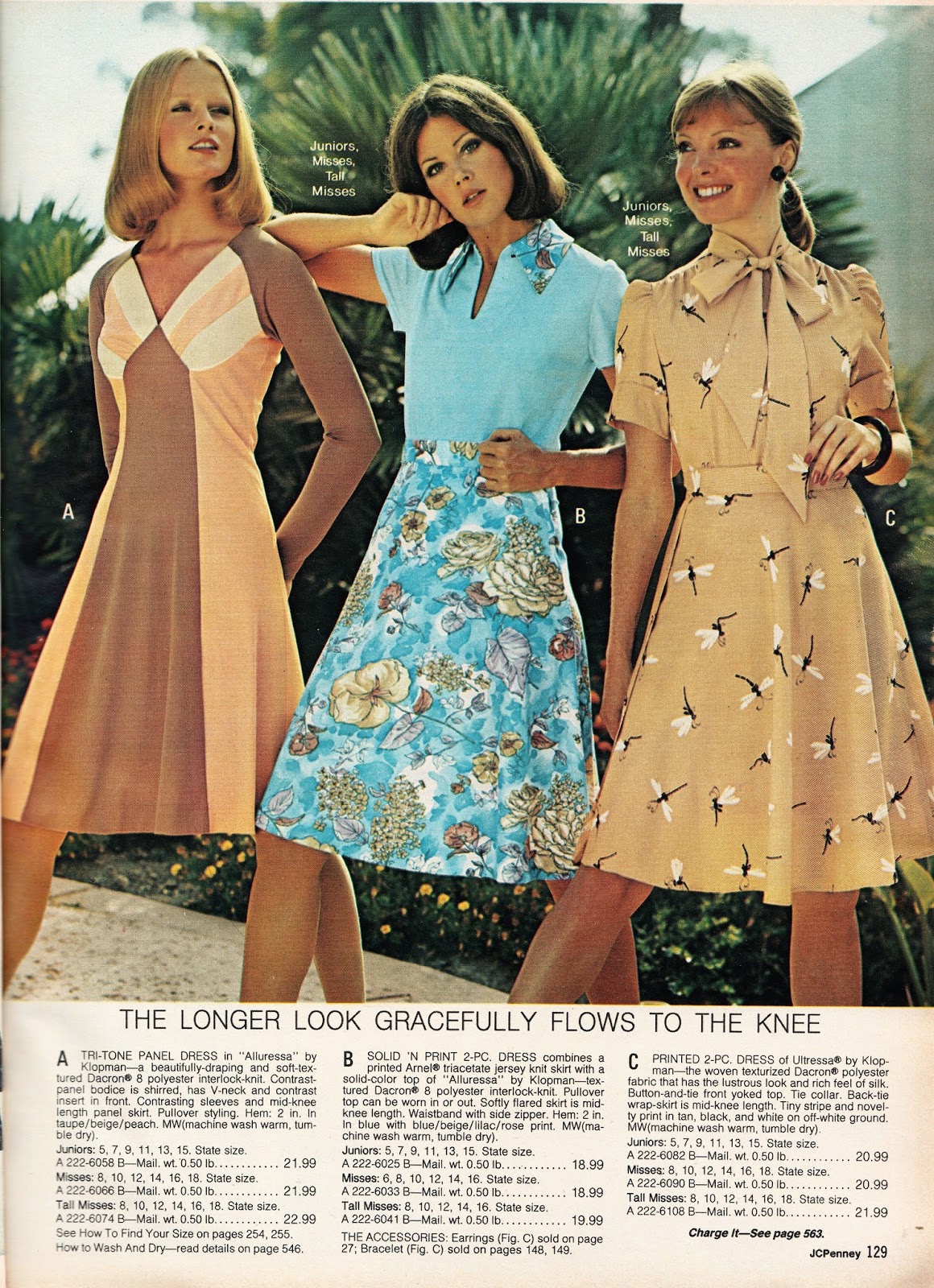 And here we have Karen, Colleen, and Kay together.  Yep, the "Longer Look" signaled the end of the mini-skirt era.  This was not a good thing. 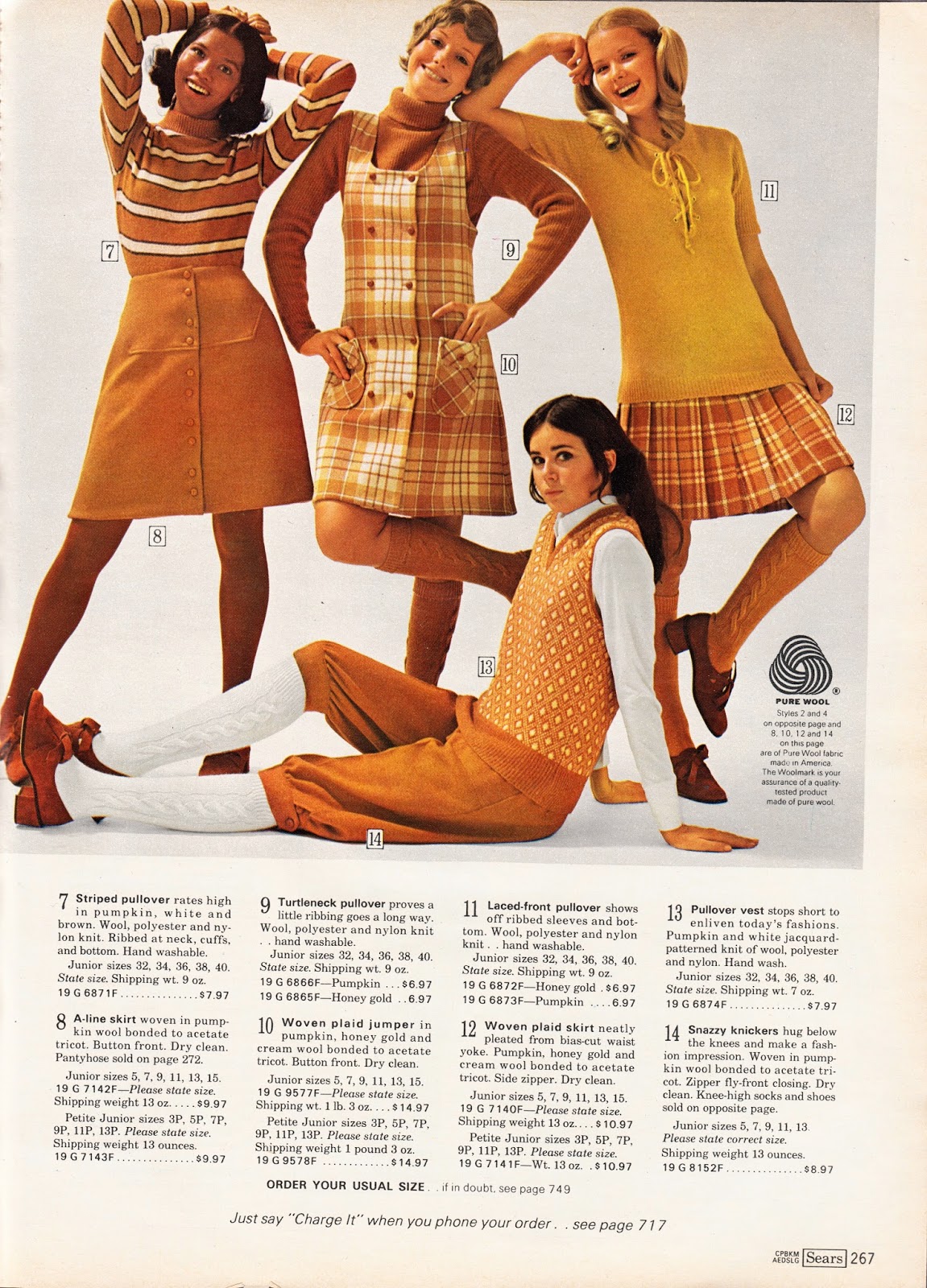 More earth tone clothes of the early 70s.  Still Kathy and the other gals seem happy.  Well except for Colleen.  She's not smiling, but who can blame her with those knee-high white socks.  (Thanks to Blue Senshi for the pic)

An interesting note.  Yesterday (August 3rd) was Colleen's birthday.  I didn't really plan to have a post featuring her so close to her birthday.  I found out about her birthday date after I had already scheduled  several months of posts, so it just kind of worked out that way!