I thought we'd take a break from the catalog photos of Kathy for a while (don't worry, there are plenty of those posts in the future) and do a post on some of the print ads that Kathy appeared in during the early 70s.   The first of these posts focuses on hair products which is interesting to look back on and compare to today.  I'll have posts of other types of print ads from that era in the future.

Kathy appeared in a number of these ads and it seemed that she often was shown from the side.  Apparently she was one of the prominent "side shot" models of that era.

The first pic is for something called "Mini-Mist" from 1972.  It was advertised as "instant shampoo in a can".  For those that are old enough to remember, back then people generally did not wash their hair everyday.  With the advent of aerosols there appeared a number of products that claimed to produce that just shampooed effect for your hair out of a can!  Not sure if Mini-Mist is still available. 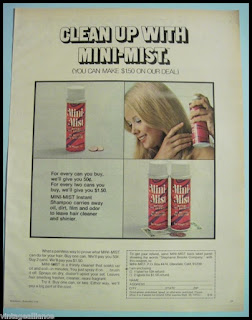 Here Kathy is shown from the side as she is so often in these types of ads.  You'll notice there is quite a bit of written verbiage on the ad.  I guess the advertisers expected people to read it?  What a concept that the ad actually tried to explain the virtues of the product as opposed to just trying to shock people.  Seems kinda dowdy by today's standards.  However, that was common for that era as we'll see in future posted ads.

The second photo is one of my favorites of Kathy.  It is a Breck ad from 1972.  The Breck girls were an iconic part of Americana back then.  Many well known models were Breck girls.  Among them were Jackln Smith, Christie Brinkley, Cheryl Tiegs, and Cybil Shepard to name a few.  Ads in those days couldn't rely had to be more creative and subtle.  Sometimes this produces ads that bordered on fine art

One of the unique things about this ad is that Kathy isn't flashing her million dollar smile.  Instead her expression is more subtle and introspective.  Overall the ad is quite sensual and beautiful - almost Mon Lisa like.  Unfortunately, I only have a small photo and have been unable to locate a decent larger version.  If someone has one, let me know and we'll post it.

In the future I'll have more posts of Kathy in print ads.  Those old ads are always fun to look back on.  Some of them are quite weird and some are just down right hilarious!

Some of my fondest memories from this era was the Sundress!  Oh what a devastating weapon used by young women on men.  Many were the days walking across the college campus in springtime only to be completely undone by the young ladies in their sundresses!

What has happened to this style in fashion?  Here are several pics of Kathy in sundresses. 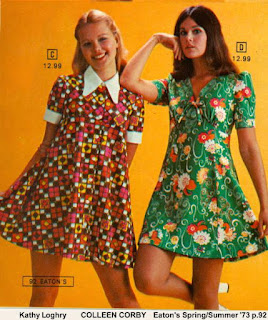 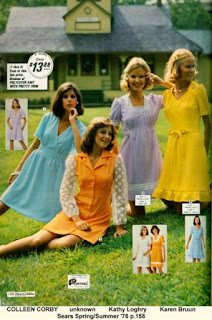 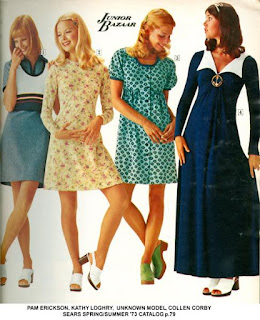 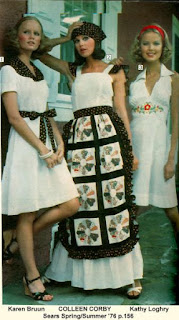 This blog is dedicated to one of the iconic fashion models of the 1970's - Kathy Loghy.  For a period starting in the late 60's through the late 70's she was a fixture in catalogs and advertisemnets everywhere.  Unfortunatly there isn't a whole lot on her on the internet, which is why this blog was started.

Please remmeber to be respectful and keep it clean!  This blog is intended to not only showcase Kathy and her friends, but also to capture that period of American history.

I plan on posting about once a week.  To start here are a couple of pictures of Kathy from some vintage Sears catalogs.  She was everywhere in those catalogs.  For those that don't remember, the big Sears and JCPenneys catalogs would come twice a year and they were a big deal!  These were the days before the internet and cell phones.  So these catalogs represented a connection to teh world at large.  For many middle Americans these catalogs were their primary connection to the world of fashion.

In teh first pic Kathy is on the right.  Next to her is Karen Bruun who was everywhere in these catalogs also.  Colleen Corby is on the left.  She was not only a frequent model in Sears and JCPenneys, but also was in Seventeen alot.  Enjoy! 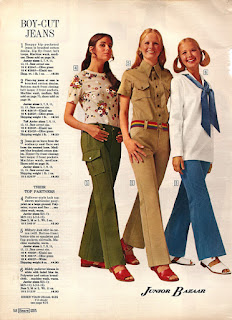 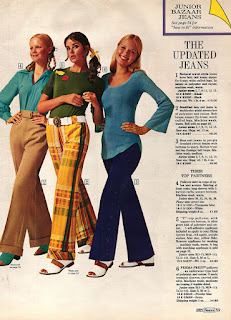